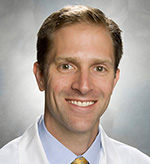 Dr Douglas S. Smink, MD, MPH is an Assistant Professor in Surgery at Harvard Medical School and a Minimally Invasive General Surgeon at Brigham and Women’s Hospital. At Brigham and Women’s, Dr Smink is the Program Director of the General Surgery Residency and the Associate Medical Director of the Neil and Elise Wallace STRATUS Center for Medical Simulation. Dr Smink is involved in surgical education nationally, serving as a member of the editorial board of SCORE (Surgical Council on Resident Education). He is also the editor of Weekly Curriculum, a curriculum for surgery residents published by ‘ACS Surgery’, and is the associate editor of the ‘Journal of Surgical Education’. 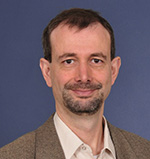 Dr Fernando Bello is a Reader in Surgical Graphics and Computing in the Department of Surgery and Cancer at Imperial College London. His main research interests are in modelling and simulation, medical virtual environments and haptic interaction. His work spans technology and education, including development of patient specific simulation, e-learning applications for a number of surgical procedures, and exploring the integration of simulation and context. He has published widely in technological, as well as, medical and educational journals. Dr Bello is involved in several simulation-based training programmes in the UK and abroad, is co-director of Imperialʼs MSc in Surgical Technology, and leads a module in technology and simulation in the UKʼs only Masters in Education in Surgical Education. 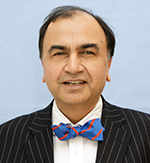 Professor Pramod K Luthra is a Consultant Hand and Plastic Surgeon at Pennine Acute NHS Trust. He holds the position of Associate Postgraduate Dean, North Western Deanery, Health Education North West and Visiting Professor at Manchester Metropolitan University and Edge Hill University, Ormskirk, West Lancashire. As a Member of JCST Simulation working group, he has worked on promoting inclusion of simulation-based learning and education in the surgical curriculum and on developing a Faculty of Trainers to provide the learning in simulation. He is also a Member of the Board of North West Simulation Education Network and Lead for the North Western Deanery for simulation-based education in the Deanery. Professor Luthra developed the Technology Framework wheel for the Department of Health publication, ‘A Framework for Technology Enhanced Learning’. He has developed and teaches on the taught programme leading to a Postgraduate Certificate in Simulation and Clinical Education at Edge Hill University and is developing a module on Technology Enhanced Learning for a Masters programme on Academic Practice at Manchester Metropolitan University. Professor Luthra strongly believe in the use of simulation as another learning method and teaching tool to deliver education and training in technical and non-technical skills and human factor training to provide safe patient care. 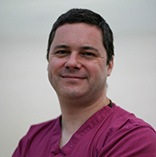 Mr Craig McIlhenny is a Consultant Urologist working in NHS Forth Valley. He has had a long interest in surgical education and training. He has a subspecialty practice in stone disease, and particular interests in human factors and assessment in surgery. He was appointed founding Surgical Director of the Faculty of Surgical Trainers in 2011. 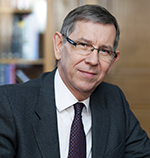 Mr Ian Ritchie is President of The Royal College of Surgeons of Edinburgh and a Consultant Trauma and Orthopaedic Surgeon at Stirling Royal Infirmary. He previously held the position of Vice-President for External Affairs at the College, from 2009 to 2012, and has Chaired the International Strategy Group, the Exams Strategy Group and acted as co-Chair of the Trainee Committee. He has a strong interest in training and supporting trainers and has delivered courses on training techniques and the principles of adult learning since 1996. He also introduced and directed the College's Regional Surgical Adviser Network. 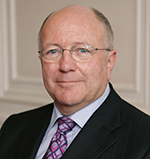 Captain David Rowland joined BOAC (later British Airways) in 1969 as a co-pilot/navigator on VC10 aircraft. He joined the Concorde fleet as a co-pilot in 1976. Having left Concorde to obtain his command on BAC 1-11 aircraft at BA’s Birmingham base, he became a Training Captain and Skills Examiner. He returned to Concorde as a Captain and Flight Manager of the fleet, later becoming Concorde Commercial Manager and then General Manager, combining operational and commercial responsibilities, while continuing to fly regularly and maintaining his involvement with training at a senior level. Captain Rowland’s training background - involving aircraft and simulator training - includes responsibilities for training standardisation, as well as, the training of other trainers. He was also a member of a small core team within BA that designed and delivered a leading-edge ‘crew on the flight-deck’ based behavioural, leadership and team skills training programme in which all 3,500 flight-deck crew members in the company were required to take part. He retired from British Airways in 1999. Captain Rowland is a Fellow and Past-President of the Royal Aeronautical Society (2008–09). He is also a Fellow of the Royal Institute of Navigation and a Liveryman of the Guild of Air Pilots and Air Navigators. 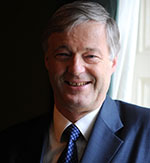 Professor Oscar Traynor is Director of the National Surgical Training Centre and Professor of Postgraduate Surgical Education at the Royal College of Surgeons in Ireland (RCSI).  He is also a consultant surgeon at St. Vincent’s University Hospital, Dublin, Ireland and Director of the National Liver Transplant Programme for Ireland. As Director of the National Surgical Training Centre at RCSI, he has been responsible for introducing several innovations to surgical training in Ireland including the world’s first e-learning programme for surgical trainees, a comprehensive curriculum based surgical simulation programme for teaching technical skills and an integrated human factors training programme. He has developed a comprehensive assessment process for surgical trainees (Competence Assessment and Performance Appraisal) which is now used for all surgical specialties in Ireland. He has published widely on various aspects of surgical training and has also lectured extensively on the subject of Human Factors in Surgery in Europe, Australia and in the United States. His clinical interests are based around hepatobiliary and pancreatic surgery, including liver transplantation. He heads up a very busy HPB surgery unit at St. Vincent’s UniversityHospital in Dublin. He played a leading role in developing the National Liver Transplant Programme in Ireland in the early 1990s.  The HPB unit at St. Vincent’s UniversityHospital in Dublin is the sole national tertiary referral centre for Liver Transplantation and for Pancreas Cancer surgery in Ireland. 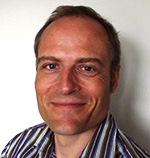 Professor Kenneth Walker is a Colorectal and General Surgeon in Inverness and an Associate Postgraduate Dean in the North of Scotland. He graduated from Aberdeen, completed Surgical Training and a research MD in Glasgow, and a fellowship year in Sydney.  For a year and a half he was a GI Surgeon and Trainer in Nepal, before ‘settling down’ to a Consultant post in Inverness. A growing interest in Surgical Training has taken him through roles as Educational Supervisor and Associate Postgraduate Dean, and into development of simulation in clinical training. He directs Highland Surgical Boot Camps, a simulation-rich, technical and non-technical course for Core Trainees. Professor Walker now chairs the Scottish Surgical Simulation Collaborative, a bi-collegiate group with close ties to NHS Education for Scotland and various Skills Centres, which aims to help integrate simulation into training programmes in Scotland. Research and validation projects arise from this, so the University of Stirling have recently awarded him an Honorary Chair of Surgical Training, and he supervises two research fellows. 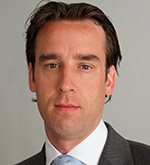 As Co-owner and Director of Technology of two simulator companies,Simendo Ltd. and Desdemona Ltd, Dr Mark Wentink has a wide experience in the field of applied simulation for research, training and education. At Simendo Ltd, he is responsible for research and development of training solutions in surgery and at Desdemona Ltd, he operates a unique motion simulator for (military) pilot training and perception research. Dr Wentink received his Master of Science Degree at Aeronautical Engineering working on flight simulation at the Delft University, and obtained his PhD-degree ‘cum laude’ with a thesis entitled: ‘Hand-eye coordination in minimally invasive surgery: Theory, practice & training’. In this thesis the scientific basis was established for what later became the Simendo simulator and its educational philosophy.